And Yet It Moves

And Yet It Moves, the simple but marvelous indie release from Broken Rules, will reignite your love for video games. That, or it will cause you to shake with anger as you replay the same part of the game for the tenth time. It might even do both! The physics-centric platform adventure employs the familiar "world tilting" mechanic that allows you to rotate the entire game environment in 90 degree increments. And Yet It Moves then proceeds to do crazy and wonderful things with this, allowing you to explore a universe as strange as it is satisfying. 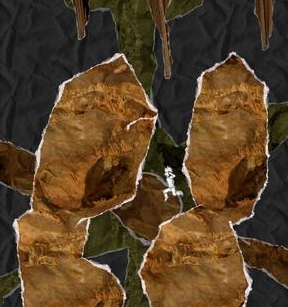 You play as an unnamed character who looks like a scribble on a piece of paper. You can walk, you can jump, and you can rotate the world clockwise or counterclockwise as you see fit. When the world flips, you get pulled in a new direction, allowing physics to turn you into its little plaything. While it may be your best friend when you pour a glass of milk and watch as it doesn't fly off the counter, physics ends up being your main foe in And Yet It Moves. But it's the kind of foe you can twist around and use for good.

Learning to use momentum is the key to mastering the game, and it's something that will take practice before you can get it just right. When rotating the world, any momentum you had going is continued in the new orientation. This becomes a problem when you realize how fragile the main character is and falling too far causes him to go "splat" (or, more accurately, "fall to pieces"). This becomes less of a problem when you learn how to mitigate the effect and coast to a smooth landing.

Much like the equally enchanting indie release VVVVVV, And Yet It Moves employs the "die often, respawn often" philosophy of game design. Checkpoints are graciously deployed at short intervals, allowing you to take a snapshot of your progress so when you die (and you will), you can restart without having to trek through half the level. Death and trial and error are at the heart of And Yet It moves, so get used to both and you'll be in for some great discoveries. 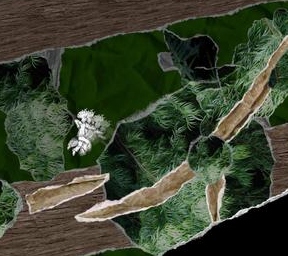 Analysis: It won't be immediately apparent when playing And Yet It Moves, but this is one of the more creatively designed games you've seen in some time. Most releases would be content with tossing in the world rotation gimmick and calling it a day. Broken Rules decided to break that rule and play with the physics engine, stocking the levels with plenty of things to interact with that are also subject to the laws of gravity.

The puzzles are where And Yet It Moves really shine. Once you've got the mechanics down, you'll start seeing some crazy jumps that, at first, seem impossible. Get the right momentum going and flip the screen at the right time and you'll see the impossible happen before your eyes. Playing with things like rotating platforms, chain reactions of fire to destroy hornets, boulder blockages that can only be cleared by an impressive crash, and animals like gorillas, bats and lizards is very satisfying, and watching their behavior change depending on their orientation will make you fall in love with the game.

And Yet It Moves doesn't worry about tutorials, storylines, or lengthy explanations. Most of the basic rules are explained on small notes attached to the walls on the first few levels. After that, you're on your own, and that's just fine by me! The game creates this playground-like atmosphere that keeps you coming back time after time. And the speed runs and competitive ghost data give you an excuse to refine your level runs to be as efficient as possible.

And Yet It Moves has more than a few design choices that echo early video game conventions, but that's just one of the many things that makes it great. If you like honing your skills to perfection, learning the ins and outs of a game's physics engine, and exploring creative worlds stocked with interesting encounters, And Yet It Moves will have you hooked from the beginning.

Wow, this is quite a late review I must say. Unless there's been some rerelease I wasn't aware of, I think it's been a couple months since the Wiiware release, and like, a year and a half since the original release?

I believe it was just released on WiiWare, and should be noted that you can rotate the screen at any angle you choose (not just 90 degrees) in the Wii version. The Wii version also includes a few more bonus levels than the PC releases, I played it at PAX after having played the original on steam, and it was a lot of fun!

Any prospective buyers who also have a Wii should definitely go for the Wiiware edition.

This title had me hoping for a game with a Lovecraftian theme. Oh well. :/