Attack of the Parasites 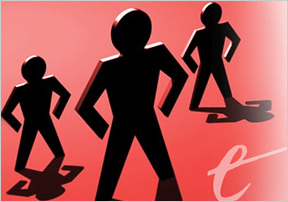 Allen Varney has a new article up, Attack of the Parasites, in the latest issue of The Escapist online magazine where he discusses the explosive growth of the casual games market and the issues we're seeing that comes with it. He points to the rampant copying of ideas and gameplay to feed the ravenous appetite of the large game portals to shed a not-so-glamorous light on these latest dotcom darlings. Allen's pessimism spreads even to the indie casual game developers themselves who are facing an ever increasingly cutthroat environment in which to share their ideas.

Is this just business as usual? Unfortunately, it seems so. From my perspective, and while building this site over the last three years, I have witnessed a similarly unsettling proliferation of "me-too" Flash game portals that all appear to share the same content. Many of these sites think nothing of grabbing and hosting game SWFs without permission from the game authors or the sites from which they originated. One brazen site owner even claimed to me the games he/she was (stealing) were in the public domain(!). Furthermore, it becomes disconcerting to spend a great deal of time hunting down hard-to-find original pieces of work to praise only to have them plastered all over the Web shortly after publishing a review. And yet I am guilty of the same behavior even though I like to think that I am much more discerning than the others, and I don't actually host any of the games that are reviewed.

Still, the article offers a reality check for those in the business of casual games, both from portal and developer perspectives, and especially those of the mindset that casual games are the next holy grail of the games industry. Like so many industries to have come before, patterns are emerging that reveal this industry is no different in its growth and in the problems it faces. And like all bubbles, they have a tendency towards the same explosiveness that created them. Click.

There are two issues here, outright theft, and plagiarizing ideas.

The theft can be ameliorated by placing browser redirects within the flash or director binaries, so even if someone does swipe your file, anyone who opens it will get bumped back to your site.

Idea theft can't be stopped, since copyright only protects the expression of ideas, not the ideas themselves.

But, think about game designers such as Warren Robinett, who wrote Adventure while on staff at Atari. He invented such conventions as being able to pick up and drop objects and move a character into diferent rooms (as well as the very first easter egg) - things that are absolutely fundamental now but were innovative at the time. All adventure games (Zelda, etc.) rely on those conventions and in some ways are immitations, but are vast improvements as well.
Yet, Robinett doesn't get royalties or even much recognition for his work.

So, building on other people's ideas is fine; it leads to innovation and growth. But plain-old theft is bad.
When it comes to cloning other people's games, though, especially the match-three games, I don't think it's right but there's no stopping it.

That'a a great link, Jay...thanks! And he's my neighbor, too. Well, not in the sense that I know him personally, but I live in the same area. Who knows...maybe we ARE neighbors. "Houses endless reshufflings of a dozen bland elements, their plans generated randomly in some nameless architect's CAD/CAM program" and all....

This kind of phenomenon has never been experienced before, so there are bound to be issues. Just like Television Explosion in the 1940s, everyone's trying to get a piece of the pie. But like the Television Explosion, there will eventuall be stricter rules and regulations. It's just that the "Little Guy" game designer has no power or clout, so the Government isn't jumping up and down on this issue. They can crack down on distributing abandonware games that are no longer available or sometimes even OWNED, but that artist in Iowa who is trying to get a career going gets shoved to the side.

I believe the positive outweighs the negative, though. After all, 10 short years ago these budding and often brilliant designers wouldn't have had the opportunity they do now of getting their hard work stolen.

Matt, your points are good ones. Even before Adventure there was Pong, the granddaddy of all video games. It was brought to market by Nolan Bushnell, a man that (stole) the idea for the game from Ralph Baer after seeing the Magnavox Odyssey in action.

"Two Player Tennis" was thus made into Pong, and the business of video games really hasn't changed all that much when put into that perspective.

> I believe the positive outweighs the negative, though. After all, 10 short years ago these budding and often brilliant designers wouldn't have had the opportunity they do now of getting their hard work stolen.

LOL. I understand where you're coming from Dr., but your logic is puzzling to me. ;)

The truth is that being creative is really, really hard for most people. Those of us that are creative take it for granted that we can do something creative fairly quickly. For most people, particularly technical people (and to be fair, I'm a technical person as well), the original idea is really hard. That's why you see a lot of "clones" of games out there; someone had the technical ability to make the game, but not enough creative ability to do something original.

There's also the issue that creativity isn't often rewarded by the market. Even in more traditional "hard-core" games people don't want to read the manual, they just want to play! When it comes to more casual games, this is even more true; do you really want to spend even 5 minutes reading instructions for a game you just want to play in 10 minutes or less? It's hard to introduce a new style of gameplay that isn't at least a little derivative (read: familiar to the players) in order to ease the players into the game.

Even beyond instructions, this applies to general types of games as well. If you enjoyed Bejeweled, you'll probably enjoy other bright, colorful "match three" type games. This is the same thinking that drives sequels in the traditional games space (and has lead to the creation of Bejeweled 2). In general, people want something new, yet familiar; this is why Bejeweled clones are so common and popular. Trying to come up with something quirky, fun, and innovative is not always the way to make enough money to keep fed and make other games.

So, yeah you're going to see a lot of clones in most situations. It makes sense in every way you look at it from the development side of things, and the market is rewarding the clone makers with enough money to keep them going.

One solution here is for individual game players to go out and support originality and get your friends to do the same. Note that this doesn't mean you have to support every new game; some of the older ones can show some class and originality and should be supported as well.

Its pretty pointless to start calling every game clone of some other game. Games are built using building blocks same way books are built using words. All books use same words so every book is clone, yet by combining words in different order the result is completely different. Games too share building blocks, there is input, some sort of player controllled thingy, enemies, reward, story, graphics, sounds and so on. Even if 2 games share 1 or more of those blocks, it does not make them exactly clones if the experience felt by playing the games is different. Of course there are real clones which use exactly same blocks as the original and only change enough to avoid legal problems, but games which successfully develop old idea further, change it, modify it, add new dimensions to it, to create new and better experience are not clones anymore.

Thousands of games (probably much more) have been made over decades. Most of them are completely unknown and are completely bad. Every day it becomes harder to come out with some completely new basic idea as you can be pretty sure some unknown, unplayable and almost forgotten game 20 years ago has already tried it. That does not make every game made today or in the future clone.

Casual games have attracted enough companies now who want to do business. They are selling the products, not creating art. Big budget movies are never original either, they reuse same ideas over and over, add some sparkling effects and spend millions in marketing. Same way you play some game not because it is fantastically original, but purely because it is fun and you enjoy it enough. For original games you need to dig into dark corners of the web, hunt them down from badly designed homepages and foreign language barriers. Original games are also often unfinished, they lack on graphics and sounds. Most people prefer well polished, pretty and accessible games with boring old ideas.

Hmmm...I guess the argument is in just HOW similar the games are. I mean, you can say that all Spy novels written after Ian Flemming are rip-offs, or that anyone who made an action movie after "Birth of a Nation" stole the idea.

(It's really about varying degrees. And there's also the Homage Factor - but that's a bit more tricky.)

We're at the threshold of a brand new medium, and like ALL brand new mediums, there will be claims of idea theft. However, sometimes a creator can take an idea and improve on it, giving the industry a leap forward. That's my Devil's Advocate view.

all of the games do put a dent in the indie game developer industry but the real game now is getting found. do devs take this into consideration? a few do but most don't. it doesn't matter how many bejeweled clones there are, what matters is: the casual gamer that wants to buy a match 3 game finds YOUR game first and buys it. as in all businesses, the business owner must take responsibility and consider the whole picture. if they put their games on the big game portals, how will they ever develop their own customer base? if they have games, how will people find them? having an online business is hard but you have to look outside the product box. are people finding you when they do a search? for example, you have a "i spy" game. no matter that it is a clone. when people search for "i spy game" (or whatever they might type) on google, is your site anywhere to be found? rambling here, ok, but you get the picture, right?