Sam is just your ordinary guy with a bad English accent who might never have made it big as a reporter if not for his coverage of the disappearances plaguing his town. His editor is thrilled with his work, and Sam thinks he's got it made... right up until his girlfriend and plot device Anna is kidnapped by the very maniac he's been covering, who warns him not to go to the police and demands Sam come alone to a mansion on the edge of town. It turns out that Sam's articles might be prying a bit too close to the truth, but if the kidnapper has his way, Sam will get closer to the maniac's work than he ever really wanted. Brink of Consciousness: Dorian Gray Syndrome by MagicIndie Softworks is a wonderfully creepy hidden-object adventure that doesn't rock the boat with its gameplay, but provides an engaging and entertaining tale full of grim surprises. 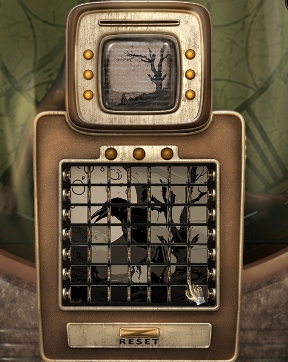 Sam's job is to track down Anna, but naturally just showing up at the manor the maniac directs him to isn't enough. In short order, Sam discovers he's just willingly stepped into the villain's personal lair, which is outfitted with enough artfully arranged corpses and overly-elaborate yet easily dismantled death devices to make a James Bond villain jealous. With your maniac taunting you over a sound system as you go, you'll explore the house and its grounds, learning the morbid secrets within. As it turns out, a guy who kidnaps only beautiful people and wears a mask probably has quirks a bit more severe than an unhealthy addiction to The Real Housewives of Youareallterriblepeople. Click around to solve puzzles, gather items, and search for Anna. If you get lost, you can refer to your map at any time, which not only tracks where you are, but where objects of interest have popped up and places you can take action in.

Analysis: If you watch the Discovery or History channels, you might think that logger or crab fisher or Mythbuster assistant would be one of the most dangerous jobs to have. You'd be wrong, of course, since the most hazardous position you can hold is "significant other of hidden-object adventure game protagonist", which virtually guarantees you'll be kidnapped in short order in the sort of overly dramatic fashion that would make even Bowser raise an eyebrow. Brink of Consciousness: Dorian Gray Syndrome doesn't exactly play itself straight, but that's not a bad thing in this case; the lengthy diabtribes from the killer, the surreal murders, the frequent use of scares and chatter to keep you on your toes... all of it combines to make one of the more engaging and interesting casual titles out there. If you're hoping the story here has anything to do with the Oscar Wilde classic beyond a few vague references you'll be disappointed, but if you give it a chance and have an appreciation for camp, you'll find a lot to enjoy here. Especially if you're terrible like me and find unintentional innuendo hi-larious. 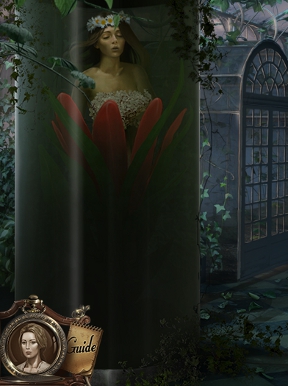 As for the actual, you know, gameplay, it's mostly solid apart from a few missteps. The game does involve rather a lot of backtracking, though the handy-dandy map that highlights puzzles, locked doors, and more does a lot to take the guesswork out of your wandering. The puzzles are standard, though presented in interesting, atmospheric ways, and the lion's share of adventure item usage is actually quite logical. There are only a few hidden-object scenes sprinkled at wide intervals, which is good news for fans who hate to be buried under them, but at the same time they're both somewhat bland and repeated several times. You'd think a card-carrying homicidal maniac would have a lot more interesting things in his toolshed than some old boxing gloves and a rusting car door, but you'd be wrong. Are a few mutated experiments and discarded freeze rays really that much to ask?

You could do a lot worse than Brink of Consciousness: Dorian Gray Syndrome, and the game's presentation and appealingly twisted reveals combined with the somewhat over-the-top cheesiness makes this one stand out from the pack. The visuals are beautiful, the voice acting is entertaining, and at around five hours for a relaxed playthrough (not including the bonus material), it's a solid adventure to dive into for an evening or two. Fans of puzzles will definitely enjoy the emphasis placed on them, and fans of exploration will love the big environment packed with secrets and weird details. As always, try the demo before you buy, but if you like creepy, strange, and more than a little morbid, you'll want to check this one out.

I have to say, I'm kind of jaded when it comes to the atmosphere in HOGs - but this is one of the best horror ones I've seen. I think it's the first one to actually startle me. I'll be waiting for more from this company!