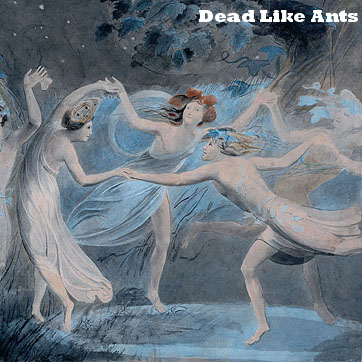 It was recently estimated that there are nearly seven billion human beings alive today. Incredible. The most remarkable aspect of the human condition, however, is not simply how many of us there are. What is truly astounding is that each individual is unique, a single and unduplicated combination of nature and nurture that can never be replicated or replaced.

Now, imagine what it would be like to be stripped of that individuality, to be just one of an army of identical workers, a cog in the machine, undifferentiated by any special ability or trait. There might be a certain satisfaction in such an existence. It could be nice to be able to abandon the search for meaning, to know without hesitation exactly who you are and where you belong... or, at least, that's what you'd tell yourself. But what if, one day, you had the chance to stand out? What if you, among all your identical peers, were called upon to perform an important task, and perhaps even take on a position of leadership and power? Such an opportunity might be irresistible even to your own humble heart.

In Dead Like Ants, a sublime piece of interactive fiction by C.E.J. Pacian, this is precisely the situation you find yourself in. You are an unnamed female ant, a simple worker. You and your thousands of sisters labor ceaselessly in the service of your colony; an unexciting, if productive, existence. Today, however, is very different. Your mother, the Queen — whom you have never before laid eyes upon — has requested your presence! She has a very special task for you. Every spring, it seems, five dangerous creatures come to the colony and threaten the safety of all therein. When this occurs, the Queen sends one of her daughters to negotiate with these monsters, thereby averting trouble for another year. This spring, you are the chosen emissary. What an honor!

Of course, you're not sure what to do when you actually encounter these creatures. Your mother didn't really specify. Still, it couldn't be that hard, right? You wouldn't dream of turning down such an extraordinary gesture of trust and esteem from the Queen. Best of all, your mother has hinted that if you succeed you may earn your wings, just like her own graceful pair. Best not to try her patience and keep her waiting...

Analysis: The premise of Dead Like Ants seems straightforward enough: resolve the conflicts posed by the five dangerous creatures threatening the colony. This could easily become an epic quest, but Pacian chooses instead to go down a simpler, more poetic route. The game's main goal is not so much to present a steep intellectual challenge as it is to tell a story and offer a thought-provoking experience; on those counts, the game succeeds brilliantly. Pacian possesses real talents in the realms of language and characterization, and the game's insect cast in particular benefits from his (or is it her?) skills. A snail becomes a snooty, aristocratic lawyer, a butterfly a coquettish damsel-in-distress; these quirky portrayals make perfect sense within the story. Also, despite the game's somewhat serious and sometimes dark mien, there are more than a few laugh-out-loud moments.

One benefit to Dead Like Ants' story-centric approach is that, to those new to the wonderful world of interactive fiction, the game will be relatively accessible and unintimidating (particularly when compared to sublime but exponentially more difficult games like Varicella or Anchorhead). While there is plenty to discover within the game's framework, the commands/actions needed to simply reach the end are fairly straightforward. Pacian further increases the game's user-friendly quotient by including an instruction and hint system within the game; simply type "About" and you'll find all the help you'll need.

There is much more that I'd like to say about this deeply clever, poignant and sweetly macabre piece of interactive fiction. However, like the wonderfully enigmatic point-and-click adventure Bars of Black and White, a large part of the enjoyment derived from playing Dead Like Ants lies in the thrill of sudden, unnerving understanding; despite what one might assume, you will find that this is a game with, to say the least, an unusual goal. It's time to leave safety in the pursuit of greatness. Steady your heart and straighten your spine!

To play this game, you'll need both the game file and an interpreter. Download Dead Like Ants from the Interactive Fiction database followed by an interpreter for your OS: Gargoyle for Windows, Zoom for Macintosh and Unix.

Clever. But I'd expect no less from the author of Gun Mute.

For those seeking maximum points: be sure to examine the painting at the end.

On my Linux system (Kubuntu Jaunty) I found that the QTads interpreter works better than Zoom: http://www.tads.org/

It should be in your repositories, or you can get it from the above link.

Oh, wow, IF - please do more reviews of such delightful things.

You know it's a good game when you play it at 6AM and are still thinking about it now.

Great review ... but the player never meets a snail or a butterfly over the course of the game.

Hmm...we must be playing different games. Because for me

a snail and a butterfly were two of the "dangerous creatures." They were never, though, explicitly called a "snail" or "butterfly," but the descriptions made their insect identities evident.

At least, that's how I read it.

I prefer Gargoyle for Linux.

Damselfly is another name for butterfly, and the man in the spiral house was the snail, not a worm.

damsel was a butterfly, what was its "hat," and why would it drown an ant? And what was the artist? I feel as though these should be obvious, so maybe I'm just being dense.

I really enjoyed this one, even if it was short.

Let me clear this up:

Damselflies are actually more closely related to dragonflies than butterflies, which catch their prey over water, but have wings that look more like a butterfly's- parallel, not perpendicular to the body. They also have a rather interesting and brightly colored head, which may have been represented by the hat.

The artist, in read cloak and black clothing, is a ladybug.

I feel as though the author could have picked some more appropriate creatures just so it would make more sense. But they were all nicely and cleverly described.

If you don't know what kind of bug each of the characters represents,

check your score (by typing "score") after getting eaten by each individual one. It spells it out for you directly.

Yeah... the guy in the house isn't a snail

He's a parasitic worm that ATE the snail! It's a spiral house (snail shell), he comments that the previous owner is in a "better place" (i.e. dead) and he has a jar of sauce to use with escargo (snails). Plus, if you read the Afterward, it says the only character with a name is "the late" Cornu Aspersa Esq. Plus, plus after he eats you, if you check your full score, it refers to him as a "parasitic worm."

Totally fantastic game, though. Thanks for the review, Jess!

I also recommend that everyone who hasn't done so, check out Pacian's game Gun Mute.

Thanks! I love when you review IF. I was first introduced to it here and really enjoy it! I've started this one and love the use of language (widdershins, sunwise, whorl). I feel like I'm engulfed in the world already.

Wow...I apparently should have paid more attention in the entomology section of biology class. Ah, well.

Only after checking my full score did I understand what the queen meant by negotiating.

I'd love if you guys would host more IF on your online interpreter. I know you have to get permission to do so, but I'd love to see more IF on JIG that doesn't require downloading.

Disturbing, and oddly sad. But very enjoyable, a quick play.

How do I get past the knight?