Ilmfinity's Pokemon-alike RPG adventure for iOS EvoCreo is, bluntly put, a ridiculously good deal at its puny price of 0.99USD, despite suffering from some rough edges and a bit of clone-itis. As the game opens, your father has gone missing, the mysterious group known as Shadow Hive are kidnapping people, and a new group is pushing for genetic modification of Creo, the creatures originally used to fight wars and now used as companions by the trainers known as Evokers. In your search to rescue your dad (and, whaddaya know, maybe save the world along the way), you'll compete in arenas and defeat champions, capture and train up to 130 different Creo, and uncover a fair amount of secrets. It's a handheld-quality adventure boasting dozens of hours of play time, held back by a handful of issues that are frustrating, though not game-breaking. With more content coming later on in an update and enough right now for dozens of hours of gameplay EvoCreo is well worth the price of admission for anyone looking for a bright, engaging casual RPG to pick up, with an Android version on the way in the coming weeks. 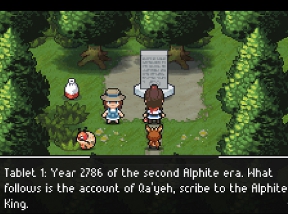 It must be said that EvoCreo is very, very Pokemon, down to the Creo hiding in tall grass and needing to be captured when they're weakened, to say nothing of the opening Creo professor introduction. You can have a party of five Creo (with many more in storage), and as you explore other Evokers will challenge you if you walk into their line of sight. Battles are turn-based, and while some moves can be used over and over, others come with cool down periods that need a few turns to recharge. Win, and your Creo will be granted experience so they can level up and eventually evolve, but you're gaining experience too! Each level your Evoker reaches for exploring and issuing commands unlocks a point you can spend on unlocking new passive abilities and boosts, like a discount in stores or faster travel. While most Creo evolve normally, some have multiple evolutions that depend on how you fight with them... have a certain Creo use all fire move, for instance, and when its fire affinity is maxed, it'll evolve into a fire-based form. Additionally, Creos learn special traits and abilities that can be equipped, ranging from passive bonuses to helpful things like the ability to ride them around outside of combat, or even tunnel underground and find secret areas to explore. 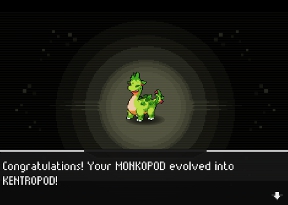 While their are in-app purchases, they're both optional and a little odd. You can unlock cosmetic skins for your Evoker if you want to look different, and you can pick up an item that will turn off all the random encounters in an area you've already passed through. Or you can buy a special currency that allows you a random Creo summoning... Creos obtained in this way not only have alternate colour schemes, but are guaranteed to be more powerful via the number of stars they have than most Creo you'll find. On the one hand, the majority of the purchases are entirely cosmetic, which makes it a nice way to support the developer, but on the other, the star system feels like it's there solely to try to get you to pay. Most wild-caught Creo only have a few stars, and while you can get several Creo with five to seven star ratings through in-game events, when most of the boss characters are rocking all ten star Creo it starts to feel a little unfair. It won't prevent you from beating the game at all, or even force you to grind that much as long as you take strengths and weaknesses into account, but it's worrying, especially with a planned multiplayer updated in the future, that players who pay may always wind up with the upper hand. You can find enough of the premium currency literally lying around at the start of the game (or by agreeing to like this game and its partner on Facebook) to pay for two "free" special summons, but there doesn't appear to be any more after that, and summoning itself is frustratingly unreliable. The Creo you get is completely random, as is its star level (though guaranteed to be at least seven), so you still might not get something you want. You can complete special offers to earn more free currency, but unless you feel like signing up for a new credit card or subscription service, it's in very small amounts. It feels unbalanced and unnecessarily mercenary, and the whole game would have been better off without the star rankings, period.

In-app purchase quibbles aside, the game is not without its rough edges, mainly due to an initial lack of information and clarity, and a frankly clunky UI when it comes to managing your Creo and trying to swap and assign abilities... something that would be easier, by the way, if they actually displayed their power and recharge time outside of battle. While it starts off strong, with your first major arena battle being against a boy who's become the poster child for genetic enhancement after he agreed to have his dying Creo undergo controversial treatment, the story eventually falls by the wayside, and by and large most of the towns look and feel identical apart from a few cosmetic changes. Things like these, or the way the game stretches on larger displays, make it feel a little clunky and in need of some polish, which is a shame considering that the game's price tag of a single American buck is ridiculously cheap for what is still honestly a very enjoyable little game. 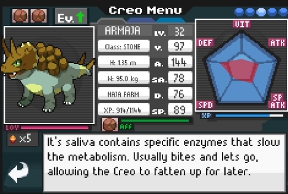 For all its flaws, and the way its design is so very Pokemon down to phrasing and even certain Creo, EvoCreo is an extremely entertaining and unexpectedly massive game that would have been a perfect fit on handhelds and fits cozily on mobile devices. Scaling issues aside, it looks and animates beautifully, and in-battle Creo models are gorgeously done. While you will need to grind levels like in any RPG, the ability to replay arena battles as much as you like cuts down on that significantly since you'll earn so much experience from them that you'll level up fast, leaving you free to continue on and be able to handle virtually anything the game throws at you. The abilities you can unlock for your trainer are a nice touch, and being able to tweak your Creo team's moves and traits whenever you like allows for a lot of flexibility. Most of the NPCs you'll meet are quirky, and while it's mostly relegated to the background, the story and subplots are interesting enough to keep you going, along with frequent bouts against recurring Evoker enemies like the kid who's your number one fan. EvoCreo may feel like a familiar homage, but it's familiar in that comfortable way, like pulling on a favourite sweater, and the sort of thing you can sink back and relax with for a long time. It looks good, it plays good, and it pulls up all sorts of good, classic Gameboy Advance memories... assuming you're old enough to have those, of course.

I'm intrigued. Question before I start, though: is it possible to restart the game and reroll the free summons, if we're not happy with the first pair?

Unfortunately not. The game seems to liberally autosave and I tried that myself to see if it was a possibility. One of the Creo I got was fairly decent seven star (actually one of the three "starters" you can choose from that I did not pick), but the other was a ten star of an extremely common early Creo. Even though the bosses may have all ten star Creo, it's still easy to beat them with proper strategy and elements, it's just unfortunate that the system offers little incentive to players to pay without the possibility of getting burned.

To be perfectly honest, though, at one dollar the game is basically a steal despite that... as sour as I am about the way the in-app purchases are handled for those random Creo rolls and the price (it costs 300 special currency to roll for a Creo, and 100 is 0.99USD), I would happily have paid several dollars for this game. I've gotten a lot of mileage out of it. For what it's worth, however, I've seen people complaining about crashes, but I have yet to experience a single one myself.

Almost as good as Pokemon - which is saying a lot! It's free too; you can't beat that. I get a regular urge to play Pokemon, but I wanted something outside of my current arsenal. I didn't have any money to spend at the moment so I tried this, not expecting much to say the least. Was I pleasantly surprised! This is fun and hooked me for hours. It's great to meet some brand new critters and watch them evolve into better beasts. Refer: kissmanga manga list