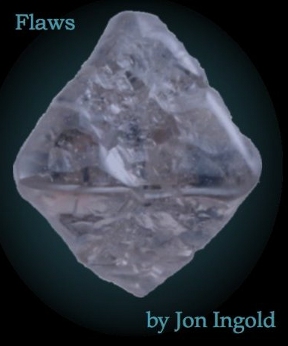 Flaws, the interactive work of fiction from author Jon Ingold, is a difficult game to categorize as well as a different game to review. For starters, it isn't really a game in the traditional sense, more like a choose your own adventure produced for modern, Kindle-enabled devices. Then there's the nature of the story, where discussing even a few of the details can spoil whole bits of the experience. Suffice it to say, Flaws is an intriguing interactive fiction "game" about finding treasure and fame, the Andromeda galaxy, a mysterious diadem, and a possible assassination.

To start off with, Flaws is available to play via a Kindle or any device with the free Kindle software. Which, in case you didn't know, is just about every platform on the market today: Windows, Mac, iPhone, iPad, Android, BlackBerry, and Windows Phone 7. So first you'll need to download the software, then grab the game through Amazon and load it like you would load any book. Now you're ready to go!

The story begins with a simple question: I will ask you one more time, and for love of your life, be sure to answer me truthfully. Did you kill him? You have four options to choose from at this point: No. Yes. Tell the truth. Lie. Which choice you make determines the next scene you visit, changing how the story unfolds. At each juncture you're given a number of choices to make, so what happens in the game is determined by your decisions. It's sort of like a more story-centric Choice Of game, with Jon Ingold's usual flare for compact, interesting writing.

To figure out what's going on in Flaws, you'll probably have to play through it several times, making different choices each time you begin. Make your character brash and bold, make him shy and respectful. Each time the story will branch off in a new direction, filling in more and more details about the unusual sci-fi world before your eyes. Each "page" isn't very long, so don't worry about having to digest mountains of text before making your decision. Just read, pick, and have a good time.

Jon Ingold is no stranger to the interactive fiction world. Author of text adventure games like Fail-Safe and Make it Good, you can pretty much expect to walk in to a smartly-written game whenever his name appears on the cover. Flaws may be less dense and intricate than its cousins, but the experience is still intriguing, the branching paths filled with options, and the setting surprisingly full for such a small amount of text. And having it on a mobile reading device is especially nice.

Flaws is an experimental sort of game released on a platform that isn't really made for games. It works out fairly well, though, as you spend all of your time reading and making a few text-based choices. The formatting isn't as svelte as it could be, so the visual presentation suffers a bit depending on which device you read/play it from, but it's not about looks, it's about content, and for a casual gamer/casual reader, Flaws is a perfect fit. Give it a try, see if the bite-sized adventure suits your taste, and hopefully we'll get more portable works of interactive fiction in the future!

All Platforms:
Download the free Kindle software Get the full version

A good momentary distraction. Already the beginning pulls you in and the sum of your choices collect at the ending, which may be my favorite part of the whole "game". One path takes only less than five minutes, if you're a fast reader, but even that small slice gives you some sense of poignancy that you can unravel and recreate in your mind. As promised, it doesn't take too long to realize all the paths and endings. Very quaint and satisfying.

Hi, I had no idea about the free Kindle software, so thanks very much. Will it allow my computer to play those games intended for the mobile phone? Because you folks highlighted a mobile-only game for Link Dump day (or whatever you call it) that looked like lots 'o fun!

Hello!
I'd like to know if there have been any issues with loading the game before.
My browser seems to be taking its sweet time and once it loads, I can't get anywhere after clicking everywhere on the front page (unless there's special area I'm supposed to click or something) but I'm not sure if the game is still up or is my connection really that slow at this time.
Thanks for any useful replies :)

JIGuest, the Kindle software is only for reading Kindle eBooks from Amazon(or interactive fiction like this in the format) on your computer. It won't allow you to play mobile games (those for an iPhone or Android or other smart phone) on your computer.

I thought the writing in this game was great, but unfortunately the Kindle just isn't there yet as far as being a comfortable platform for interactive fiction. I played this on my actual Kindle and having to clickclickclickclick down through all the text lines just to select the option I wanted really took me out of the story, and just felt cumbersome and awkward. It's not the author's fault, the issue lies in the way the software is set up. Hopefully future Kindle enhancements will make ifiction on the device smoother and more easily played, because right now it's too clunky to be really enjoyable.

Says I can't get it (Flaws, not the Kindle software) because it's not available for my region. If it's the author imposing this restriction, I'd really like to ask why.

I think this is a browser version of the game
http://www.archimedes.plus.com/shaggydog/flaws.html

[We have already linked to the browser version in the review above. Just click on the big green "Play Flaws online" button. -Jay]

@Dora
I thought clicking down was annoying as well, try clicking UP on your kindle, it starts selecting from the bottom. :)