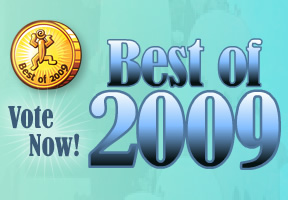 Just a quick reminder for those who might have been waiting until the last minute to cast those important votes: We are heading into the final hours of voting, so don't delay.

Cast your votes now for
the Best of Casual Gameplay 2009!