It's Friday, Friday, gotta Link Dump on Friday! A lot has happened this week. Virtual Families 2: Our Dream House arrived on PC, Thomas Was Alone made the leap to the Playstation 3 and Vita, and Don't Starve finally made it out of beta to become a full release! (Watch for our expanded review soon.) But that's not all... 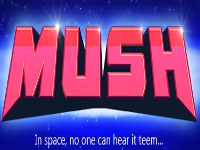 Social Gaming We Can Get Into As a gamer, it can sometimes be hard not to grit your teeth whenever someone brings up "social" games, since these days that's come to mean barely interactive human hamster wheels on social media sites that are about as creative as a macaroni necklace. Motion Twin aims to change all that with the upcoming browser sim sci-fi adventure game Mush, where you and fifteen other players play characters stranded on a spaceship. The catch is one of you is actually a horrible shapeshifting alien beast looking to take everyone out, and the others are trying to find out who it is before it's too late. As a result, everyone has an agenda, and trying to figure out who you can really trust and who wants to eat your face sounds like an immense amount of fun... especially since if you're the monster, you'll be trying to figure out how you can pick everyone off one-by-one without getting noticed! The game launches soon on the Twinoid service, and looks like exactly the sort of clever social gameplay we could do with more of. 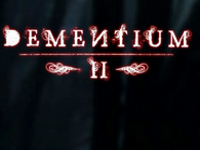 I HATE When That Happens! So you've just had radical experimental brain surgery and you wake up in an asylum to learn that your family is dead and all signs point to you as the murderer. Not only that, you have a sneaking suspicious that the doctor is out to get you, and you might not be hallucinating all the beasts you see stalking the corridors. Sound like fun? Then you want to check out the upcoming PC and Mac horror adventure Dementium 2 from Memetic Games and Digital Tribe. Originally only released for the Nintendo DS, this looks like a spectacularly freaky survival horror game with just the right amount of cheese topping it off. 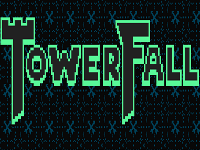 Let's See Hawkeye Do THIS Matt Thorson is a guy who has made some pretty cool stuff before, so if you're at all familiar with his work, you should definiately be excited to check out his upcoming multiplayer action game TowerFall, where you and up to three other friends for a total of four players duke it out as archers trying to take each other out with limited ammo, a ton of upgrades and power-ups, and even some tricks in the level designs too. The style of it is great, but what's really appealing to it is the friendly-yet-frantic combat that looks like the sort of thing you and a group of friends could lose an entire night to without really realising it. Personally, I can't wait to pull an arrow out of my husband's face to shoot my brother-in-law with! Yay, family time!

Adventure is Beautiful Atomhawk Design and Lantern Interactive are going to transport you to another world not so very far away with their upcoming game Realm. Planned for 2014 on PC, Mac, and certain tablet devices, the game is a point-and-click adventure that takes place far in the future, when nature has reclaimed most of the world and humans lead simpler lives. You'll control a young girl named Sarina, who sets off in search of a cure for her sick mother, and Toru, a legendary giant golem who has forgotten his past and befriends our heroine. Each character has their own abilities, and you'll need to have them work together in order to solve puzzles and proceed. It sounds captivating and looks stunning, and deserves a place on your radar if you're a fan of heartfelt fantasy adventure. 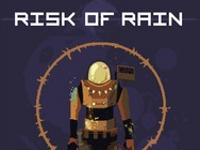 Action and Random Generation? Awwww Yeah If you like roguelikes but like your games a little more fast-paced, hopoo's Risk of Rain might just sweep you off your feet. Planned for PC, it's an action-packed platformer that gets harder the longer you play, challenging you to survive against bosses and monsters with random properties and abilities, as one of ten different characters with over a hundred items at your disposal. If that sounds pretty sweet to you (and it should), why wait to find out? You can download a demo of the game over on its Kickstarter page right now, which is a perfect way to find out if you want them to shut up and take your money. 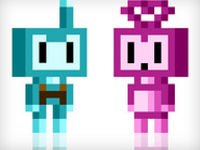 What is it With Robots and Girlfriends? Metroidvania meets Gradius? Colour me intrigued, and stop poking into my childhood because that's creepy, Gamesbymo! A.N.N.E, planned for PC, is about a little robot whose robotic ladyfriend has been whisked off for dismantlement and sets off to save her. Go by foot or fly in your ship, using its bulk to get rid of obstacles and firing its weapons on enemies, and explore the world leveling up and upgrading your equipment. It sounds ambitious, but if pulled off rightly, could be the sort of game that becomes an instant classic. Heck, I can hear some of you salivating already!

The Hero of Time, and Also Nostalgia Some games grow up to be bigger than the cartridges they started out on, and few are bigger than Nintendo's massive Zelda franchise. Joe Granato and his team are making a documentary examining not only the early series' influence on gaming, but the 8Bit era as a whole, and if you're interested you can find out more in a seriously clever way. It's Dangerous to Go Alone isn't just the project's website, it's also a browser game where you'll go on a very Zelda little action adventure, stabbing monsters and gathering items to meet the team behind the project and learn more about it. Now that's dedication to a concept!

I am having a lot of trouble with two of the bosses in It's Dangerous to Go Alone; specifically, the giant eye and the disappearing guy. Can anyone help?

The Giant Eye is weak to the zapper. You have to hit him directly in the middle of his eye when it's open. He'll flash brightly when you do, indicating a good hit.

I have no idea how you kill disappearing guy.