[Mica: Apoptosis is still in development. As of this writing, the prologue and first three chapters are available, with more coming soon.]

[This game contains subject matter that may be upsetting to some individuals.]

There once was a Goddess who saved Man from the evil Things. She was kind and gracious and full of power. When the children of the Goddess show that they have control of her power is it seen as a blessing or a curse? Soyasushi Productions' Mica: Apoptosis is a free indie horror adventure game told from three different points of view of our main heroes. Each one seems so vastly different from the other yet it seems their lives are fated to intertwine. Princess Micaiah holds the power of the Goddess and must use it to keep her people safe from the Things that roam outside her castle walls. Lenine is her right-hand man and head servant in her household. Mika is a young girl also blessed with the Goddess' power, though in her mind and those around her it is a curse. With a corrupted church trying to gain control, foul zombie like beasts always trying to destroy human flesh, and mysteries surrounding every character, all three of them must find their inner strengths. But are these heroes we are watching be born or villains? 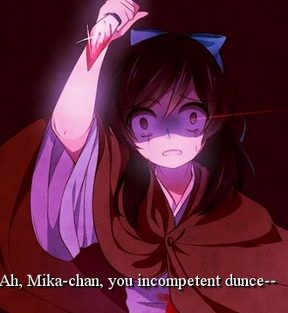 The [spacebar] or [enter] key is your main action button, and there is no dash button, but it's not a problem as your character walks at a really good pace. You don't need the extra speed for anything, but in those moments of terror and when you're being chased, you'll be pressing everything to try to make them move along even slightly faster. Those terrorizing moments are pretty well paced throughout the gameplay so you feel all safe and calm until suddenly you're not. It leads to some good scares, but it also can lead to unexpected deaths so use your save points often and on multiple save states. The other thing you may want to do is keep a written list of who's who. A lot of names are thrown about and some seem quite important to never be heard of again, while others are brought up time and time again. There is a big cast list for this game, but it just makes this world feel complete even when you don't have the full picture. 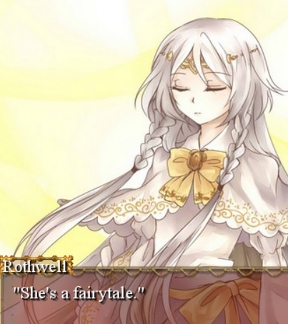 In the download links below you receive the prologue and then chapters one through three, and in each part you play a different character until it seems the pattern begins to repeat itself. Knowing you have to wait to play the rest can be frustrating as you won't want the story to stop. There are multiple tales being told here, the present and each character's past. If you're not a fan of RPGmaker games, you should really give Mica: Apoptosis another look. There are no battles or levels to gain, but choices made by actions your character takes. The story is deep and superbly told, you'll feel torn when a flashback comes as you get more of the past story, but have to hold off on what is currently going on. The artwork is beautiful and only adds to the game and the mysteries leave you in a state of pleasant confusion as you try to figure out the completed puzzle without all the pieces. You'll be involved enough you won't notice the hours flying by. Mica: Apoptosis is well on its way to bumping shoulders with the giants in indie games, like Ib and Undertale and you're not going to want to miss out.

Mac:
Get the free full version