Somewhere, contrasted with the daylight, sits an EDGE. On this EDGE there's a secret to be found, but only Bjorn knows where it is. Can the mere mortal locate this edgy mystery, or will it be lost forever to limbo...?

Contre Jour (iPhone/iPod Touch, iPad) - Physics games work very well on iOS devices thanks to their lovely little touch interface. Contre Jour at once looks and feels familiar but plays like something new. The visual style hits somewhere between World of Goo and LIMBO, whereas the gameplay is something akin to Cut the Rope and Bumpy Road. But, you know, different. Assimilated aspects aside, this game really does differentiate itself from the pack with some great puzzle design. You must guide Petit through each level by transforming the land to push him along. Goo-like tentacles can also be used to swing Petit to new platforms, and in later levels, new tentacles appear with unique properties. It's a great game filled with lots of personality, one that should definitely find a home on your iOS device. Contre Jour HD, a universal app, is also available. 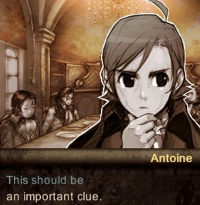 The Secret of Chateau de Moreau (iPhone/iPod Touch) - As intriguing stories go, The Secret of Chateau de Moreau certainly scores high on the Intrigue-o-Meter. The game plays like a visual novel crossed with Phoenix Wright, with a few compelling differences. You play as Antoine, stepson of Count Moreau who has just died under mysterious circumstances. You must investigate the crime while you solve puzzles to prove your own innocence. A few mis-steps and you have to start the chapter over again, which puts a damper on the story progression, but it does encourage you to pay rapt attention and absorb every little detail, of which this game features many! It's an active, text-heavy drama mystery with plenty of gaming elements to keep you engaged. Definitely one to check out if you're a fan of mysteries or the written word. A free version, The Secret of Chateau de Moreau Lite, is also available. 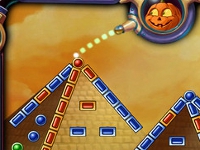 Peggle HD (iPad) - It's Peggle. For your iPad! PopCap has finally seen it fit to extend Peggle's reach to the big screened iOS device, coming far too long after the original iPhone release of two years ago. Now the wait is over and you get to play Peggle in its full glory, no more "2x" scaled up graphics! Unfortunately there are no new levels, tweaks or perks, but when it comes to Peggle, all you need is... well... Peggle. In addition, Peggle Nights is available as an in-app purchase!

EDGE Extended (universal) - How could anyone possibly say no to more EDGE? Just released as a PC/Mac download, EDGE has been the favorite action/puzzle child of the mobile market for several years now. EDGE Extended introduces a new 3D physics engine, improved visuals, and almost as many levels as the original game, making it a healthy addition to the already stellar experience.

Secret of Chateau de Moreau is a pretty sweet game, love it!

That last dash on that last level of Edge EX is just outrageous.
I had a great time on everything that came before but the speed and accuracy needed in that fiiinal run... My carpal tunnel's screaming. On iPad, hence.

Chateau de Moreau is a wonderful, silly, beautifully made little adventure game and you should only NOT play it if you have some aversion to fun, hilarity, and puzzles.

I looked on the Android Market and see no listing for EDGE Extended. Please change the listing from "universal" to iPad/iPhone.

[This is an iOS compilation of Mobile Monday, not Android. The term "universal" (as noted in the footnote to the article) refers to an app that is designed for iPhone, iPod Touch, and iPad. It's a term that Apple uses to identify such apps that include both iPhone and iPad versions inside a single binary. -Jay]

Is this game unavailable on the Apple store now? I searched for this game and it didn't turn up any search results on the store. Or is it available only in some markets?

Yikes.. realized I didn't mention "which game" - I meant The Secret of Chateau de Moreau. Any idea on if it's been pulled down or something?

Hi beatricekiddo; dunno why it was taken down, but the game is currently back on the app store with a sale price of .99 until they sell a certain amount of copies. I was happy with it for five bucks, but .99 is an absolute steal.

So, having finished Chateau de Moreau, I feel able to say a few things about it.t

In terms of narrative and puzzle design, it hits the notes it needs to hit, and then some. I only noticed one really questionable moment in a puzzle, where the visual clue, the textual description of that clue, and by extension the answer of the puzzle didn't quite match up, but by that point you should be keyed into the game's sense of puzzle logic and be able to intuit the answer. If not, it can be a real sticking point, but generally, the game does not hide anything that you need in order to progress.

Some people will take issue with some awkwardness in the text. I can only guess that the few true instances of odd phrasing come from translation/localization or composition-in-translation, since 4:33 is a Korean outfit.

The one greatest thing I take issue with in the game is not even the lack of auto-save (which has a certain old-school charm to it), but the navigation. Certainly, navigating through the Chateau, back and forth from objective to objective, or even wandering for any sort of clue or cutscene can be tedious and disheartening. But later on, when the areas become more architecturally formidable, the "move towards where you're pointing" system in conjunction with some restrictive collision handling (instead of the sliding-against-walls mechanic that streamlines some games) makes traversing complicated structures a frustrating and time-consuming experience. Also, there are a few moments where you have very little room to navigate when your character is near the edge of the screen. Either a GUI element is in the way, or the device will just have a hard time registering the input as movement, given how close to the edge of the screen you are touching.

Both of those issues could have been helped by directional pad or simulated analog stick options.

Aside from that, it was an amazing title for 99c and would probably be an excellent title for $4.99 as well.

I'm at 37% completion for the game's many endings. Anyone have any insights to offer about 40 of 40?