What's going on in the mobile world? It's time to find out! Mobile Monday is evolving, setting the individual game features loose for their own spaces in the spotlight in exchange for news, updates, previews, sales and more. Now you get more mobile reviews while keeping an eye on the biggest and most exciting happenings in the mobile world. Sound like a fair exchange? Good, because here we go! 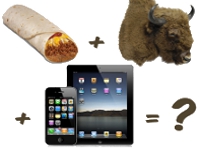 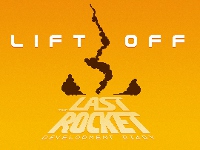 The Last Rocket e-book diary - One of our not-so-secret favorite arcade games released for iOS in 2011 was The Last Rocket, a charming and challenging retro-style game from Shaun Inman. Numerous updates have hit since our September feature, but we're not here to discuss that. No, we're here to talk about Shaun's e-book release Lift Off: The Last Rocket Development Diary. The DRM-free ePub works on any mobile thingie you can get your hands on, including iOS and Android devices. It reads like a diary of notes detailing the process of creating the game from inception to release. A nice peek into the secret underworld of iOS game development! 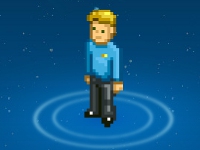 Oh, you tease! - Star Command is the sci-fi simulation game you have been wanting your entire life. Manage your spaceship as you recruit crew members, work on your craft, explore the universe, and defend yourself from hostile aliens. It's the playable Star Trek we've been dreaming of, and the development team behind the upcoming phenomenon, Warballoon, has just released a brand new teaser trailer. Go check it out, and ready your iOS and Android devices for a summer release!

SpellTower gets U-P-D-A-T-E - If you missed SpellTower, the lovely and stylish word game from Zach Gage, you missed a very special sort of game. Updates have been slowly trickling out since the initial release, but this latest one adds many cool new things. For starters: local multiplayer via Bluetooth, iPad retina support, optimizations for iPhone 4, and a collection of minor fixes and extra finishing touches. SpellTower is easy to love, and you should start your addiction as soon as possible!

I likey! Of course, I'm a big fan of the new Link Dump Friday articles, so this is right up my alley. Good call, JIG folks.