One of the big controversies surrounding mobile games these days is social media integration. On the one hand, it allows people to share games with friends while helping to promote them, but on the other, we're perfectly capable of telling our pals about good games on our own! One of the games below took a step in the social media direction, and while it certainly added value to the existing experience, it also stirred a bit of controversy amongst its fans. 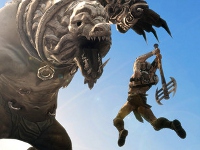 Infinity Blade update, sale - The giant armored monster takedown action RPG continues to roll along as Chair Entertainment's phenomenal Infinity Blade series gets another little update. This time, the original Infinity Blade is on sale for next to nothing, while Infinity Blade II gets a number of bug fixes and improvements. If you haven't followed the fun, Infinity Blade II also received ClashMob, a feature that allows asynchronous global challenges to be issued, met, and completed for some nice rewards. If you don't mind sharing your Facebook information, it's a great way to extend the life of the iOS killer app! 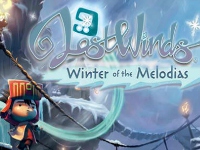 LostWinds finds its air - In early 2012, LostWinds made its way from WiiWare to the iOS platform, bringing with it some delightfully creative elemental gameplay with heaps of exploration. Our review said it was nearly perfect, and our only complaint were the controls which have since been fixed via update. Now, the next chapter in the LostWinds chronicles is on the iOS horizon with LostWinds: Winter of the Melodias. In short, it's everything that made the original good, but more of it! No word on when it will hit, but if Retina Display support is included, be prepared for your eyes to cry with joy! 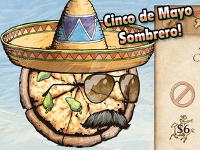 Pizza vs. Skeletons vs. Updates - It's a concept too insane not to check out: giant pizza pies crushing skeletons. They're natural enemies, you know. Anyway, we mentioned the game when it was originally released, citing its awesome concept, insanely varied action, killer visuals, and customizable pizza costumes as the major selling points. Now, there's even more to love! A brand new update has added ten new missions to roll through, including skeleton rabbit fights, a city in the clouds, a World War II biplane stage, and skeleton-based cricket. Seriously, play this game now! 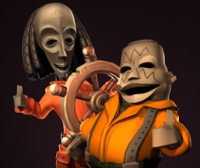 The Journey Down coming to iOS - It was late in 2010 when the excellent retro-styled adventure game The Journey Down: Over the Edge was first released. After its success, development team SkyGoblin decided to bump up the visuals and release a remastered 3D version. That time is fast approaching, and along with the gorgeous PC version an iOS release is also on its way. It's got a fantastic sci-fi futuristic setting, pitch-perfect writing that rivals the depth and humor of classic adventure games, and, naturally, a great visual presentation. Look for it sooner rather than later!