It seems like nostalgia is hitting mobile game developers hard in recent weeks. Several classic series from the good old days of video games have been flirting with iOS and Android markets, making appearances in the form of official and unofficial ports, for free and for a little cash. Aah, the things we'll do to have every game we've ever loved on every device we can ever own! 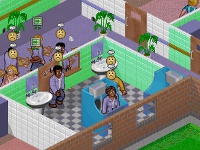 Faux Theme Hospital killed - Not too long ago, an unofficial paid port of the terribly awesome simulation game Theme Hospital appeared on Google Play. Android gamers snatched it up quickly, right before the developer changed the name to CrazyHospital and split the game into multiple, separate downloads, presumably to evade lawyers. Well, the game has been pulled for unknown reasons (but, really, duh), so for the time being, we'll have to be content with the downloadable version of Theme Hospital recently released on GOG.com. 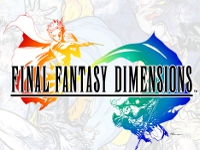 Final Fantasy Dimensions for iOS/Android - Square-Enix recently slipped a quiet little note past journalists that said a new Final Fantasy game is headed for iOS and Android devices: Final Fantasy Dimensions. The game is said to feature 2D pixel art, a job-driven character growth system, and a "classic story of light and darkness". Sounds like Final Fantasy to us! Sleuthy-type folk have intelligently surmised the game will be a port of the episodic 2010 Japanese cell phone game Final Fantasy Legends. No matter what it's going to be, the game is set to be released in a month or two, so the wait won't be that unbearable. 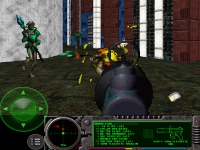 Halo team's Marathon on iOS for free - Bungie, the team behind the really rather awesome first person shooter series Halo, started their foray into the first person shooter realm with a few non-Halo games, some of the most notable of which are the Marathon series. Now, with the company's blessing, Daniel Blezek has ported the entire Marathon trilogy to iOS, complete with competent touch screen controls and a lovely price tag of free. How's that for awesome nostalgia?