Well, we now have a 1.17 million pound machine roaming around the surface of Mars. What better way to celebrate than with a new Angry Birds update? Ok, so there are better ways of celebrating, but since half the planet is already playing the game, might as well remind them what's going on in the outside world (er, galaxy), right?

Final Fantasy Dimensions will be way too expensive - When it comes to mobile pricing schemes, Square-Enix has always considered itself outside of the normal economy. Every release it has ported to iPhone/Android has been at least three times as much as any other high-end game, and to make matters worse, most of those are ports of games released over a decade ago. It's a rotten attitude, and it doesn't look like it's going to stop anytime soon. With the August 31 release of Final Fantasy Dimensions, expect to pay, at minimum, $28.99 / £19.99 / €22.99 for the game's four chapters. The price is a bit more if you buy the chapters individually. That's right, a port of an old cell phone game that looks like it was made in RPG Maker is getting released in separate chapters for a painfully high price tag. Might we suggest some fine free indie RPGs instead? 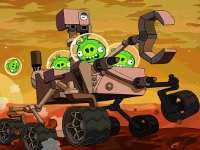 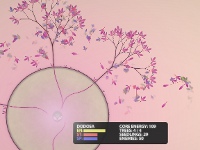 Eufloria for iPhone - Earlier this year, the fantastic real time strategy game Eufloria HD worked its way to iPad. It's a great fit for the large screen mobile device, but sometimes you just can't fit an iPad in your pocket. Worry no longer, as a completely portable version of the game, titled simply Eufloria, is now available for iPhone. Check out our review for a full account of just how fantastic this minimalist game is.

Minecraft iPhone wallpaper - Just something fun for iPhone owners who love Minecraft (a large demographic, we're sure). Reddit user fireshaper has created a handsome iPhone wallpaper featuring frames and blocks from Minecraft. Several other users stepped in and made some improvements/additions, even creating a higher-res retina version. Just be careful Apple doesn't throw a lawsuit at you for changing your wallpaper. (We're kidding, of course. And sorry, Samsung.)