Big game developers continue to flock to the iTunes App Store to offer portable versions of some of their best-known games. Electronic Arts is no stranger to any gaming platform, and some very recognizable titles can now have a home on your system. The prices aren't always as friendly as they could be, but sometimes it's worth a little extra cash to get the glitz and glamor a large studio can provide. 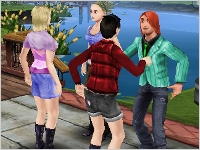 The Sims 3 - The Sims needs no introduction. Expect just about everything from the PC version in this slimmed-down port, featuring enough character customization and development goals as you can handle. Make your Sim fall in love, make him or her a real jerk, encourage them to be productive citizens or just create a depressed punk, it's your choice. The touch screen interface is well done, but one missing feature in this port is the ability to build houses for your Sims. You can only choose from pre-made houses, which is a bit of a bummer, but far from a deal-breaker. 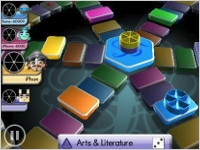 Trivial Pursuit - The same game I used to defeat my friends at back in high school is now ready for iPhone-related victories. This version comes with several modes of play, including single player (which is better than you might think), Wi-Fi multiplayer, and the good old fashioned "pass your iPhone to your friends when it's their turn". The questions are good, modern, and challenging (unlike the game in my friend's closet), and the visual presentation is superb. It's the next best thing to sitting down with the actual board game, and now you won't have to search all over the place for your pie pieces. 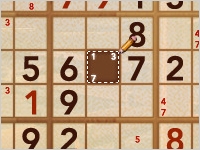 EA Sudoku - Sudoku games have run rampant on the iTunes App Store, filling every nook and cranny with games of all levels of quality. This version of the numbers game happens to be quite good, with slick visuals and easy touch controls that take most of the pain out of doing sudoku without a pen and paper. 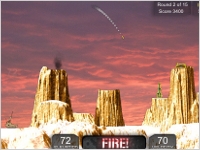 Cannon Challenge - This little free app, which isn't from a big-name development studio, is a surprising amount of fun. Adjust height and velocity of each shot, then tap "fire" let the ammo fly. Your goal is to hit the targets sitting around the landscape. The visuals aren't anything to tell your Aunt Edna about, and the rather unceremonious transition from level to level is a bit of a let down, but I still found myself moving through each stage with my fingers glued to the screen, adjusting those invisible dials increment by increment.

I have had Cannon Challenge, on my phone for some time. It is a good little ap that kill some time when waiting on planes. Like you said, nothing spectacular, but good time waster.

I am excited, Flight control has finally come out with an update with other airports!

The Sims 3 for the iPhone? Now that just sounds dangerous...would I ever look up from my phone again? :p
If it weren't $9.99 I'd test out that theory...But having just dropped $60 on the full computer version, I think I'll wait.