What a lineup! The four games in this edition of Mobile Monday feature more addictiveness than a bag of Scrabble tiles containing only the letters S, N, A, E, T, I, V, C, and D! 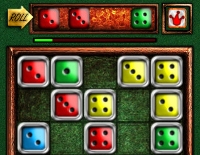 Lock 'n' Roll 2 - The freakily addictive Lock 'n' Roll, previously featured as both a browser game and iTunes App Store download, is back with a few changes you'll just adore. Aside from the requisite tweaks and improvements over the original, Lock 'n' Roll 2 features a 5x5 grid, calling for a whole new set of strategies over the previous 4x4 setup. To play, simply roll the dice on the top bar, then place them on the grid to create combinations. Lines of like colors or numbers score some points, but match both and you'll be very happy. Once placed, you must lock dice into place before rolling a new set, hence both the game's name and the progressively more intricate strategies you'll develop over time. 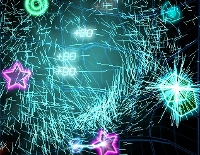 geoSpark - From the creator of geoDefense and geoDefense Swarm, geoSpark is a casual puzzle game that retains the series' spectacular visual style but goes a different direction for its gameplay. The concept is quite simple: don't let different shapes bump into each other. Neon shapes randomly appear and meander in from all sides of the screen. Using your finger, tap and drag identical pieces to link them together and make them disappear. The more shapes you have in tow, the greater gravity they exert, pulling other pieces closer and closer. In other words, the more points you go for, the greater the risk, creating one of gaming's most simple risk/reward scenarios.

PathPix Pro - More Link-a-Pix, anyone? Yes, please! The iPhone incarnation of Kris Pixton's PathPix is back with 300 new puzzles designed to give experienced players a stiff challenge. Complete pictures by filling in squares according to numbers on the screen. A number 7, for example, will connect to another number 7 via seven adjacent, filled boxes. Lines cannot cross each other, and every number must be connected to complete each puzzle. Tap and drag to fill spaces on the grid, erasing lines by double-tapping them. The iPhone implementation couldn't be more satisfying, and PathPix Pro addresses the only issue I had with the original: a lack of challenge. Go forth and link the pix with paths! 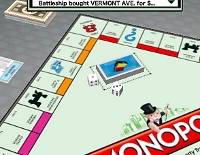 MONOPOLY - Ever heard of a little game called MONOPOLY? If you've touched a board game after 1933, chances are you're intimately familiar with this gem of a title. Now, MONOPOLY has been stuffed into your iPhone, offering smooth, 3D visuals and velvety soft touch control. The single player mode has excellent pick-up-and-play value, but the real fun is in taking on other players in multiplayer mode. It really is the next best thing to having the actual board game, with the added bonuses of playing while laying in bed and never losing pieces. Dibs on the thimble!

I loved Lock n' Roll 1, and am really excited about Lock n' Roll 2. However, several of the reviews on the app say that there's a problem with being unable to see the dice. Does anyone know what models it effects? I have an iPhone 3G, and would hate to buy the game and be unable to play.