Hey, remember that Flash game that had a name that we featured before? Me too! I also remember it because I just played it on my iPod Touch! 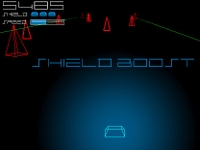 Vector Runner - Hey, remember that Flash game called Vector Runner? Me too! I also remember it because I just played it on my iPod Touch. This incarnation preserves the fast speed and vector visuals of the original while introducing touch controls for movement. Avoid anything that looks suspicious (i.e. everything) and nab colored cubes to earn extra points or restore your shields. 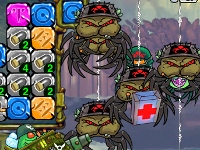 Lt. Fly Rise of the Arachnids - Hey, remember that Flash game called Lt. Fly vs the Spiders from Above? Me too! I also remember it because I just played it on my iPod Touch. This incarnation preserves the dual puzzle/shooter simultaneous action as the browser game, only now you've got two thumbs to do all the work. Place blocks on the grid to the left to make matches and collect ammo. Tap the screen to the right to take out baddies parachuting down. It's a very intuitive setup for the mobile platform, and just as fun as the original! 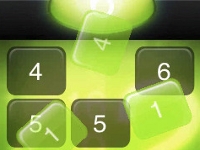 Numbl - Number jumble fun. - Hey, remember that Flash ga— oh, wait, this one wasn't a previously-reviewed Flash game. Well... now what do I do? Um. Well. You see. Numbl is all about tapping digits on a grid of numerals to create the sum shown at the top of the screen. Do it in as few moves as possible and you win a cookie. When I say cookie, I mean more points. 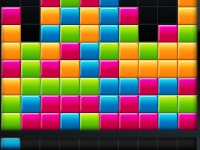 Line Up 2 - Hey, remember that Fla— sorry, I got in the rhythm, you see. Anyway, Line Up 2 is a smooth version of samegame for your iPhone. You have 100 moves for each speed level, so tap groups of three or more like colors as intelligently as you can. New blocks build from below, so don't let the stack reach the top, or a bear will eat you. Or your game will end, I can't promise that first thing will happen.

Yes, as a matter of fact, I DO remember the Flash game! Good games, though.

i have line up 2 on my ipod touch and it has a few more features than the 1st, but they are both pretty good. also thinking about getting numbl and vector runner.

When are you guys going to add Android games to your Mobile Monday posts? :D