Daniel is turning 25. Anyone else might have been happy with a cake and a raucous boys' night out, but our Daniel is different. He takes a boat to a remote island to search for his parents and have an adventure of a lifetime. And if he should gain a superpower or two along the way, even better! Phenomenon: Meteorite by Puzzle Lab is an intriguing hidden-object adventure which takes you to a world of magic and mystery, exploration and revelations, as you help a young man uncover his true identity. 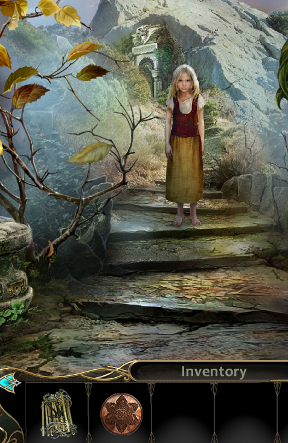 Left in the care of a foster family as a chubby-cheeked little boy, Daniel couldn't understand why his parents had to run away nor what grave danger they were in. The only clue they left was was a note instructing him to find them when he is old enough. So now he sets sail for Meteorite Island, where he starts unraveling his parents' past.

A few centuries ago, a meteorite hit Earth and split into four pieces, each representing an element. The pieces are now kept on the island and give its inhabitants magical powers. Daniel also has them and, in the course of the game, he must unlock them gradually and learn how to use them. At the same time, he tries to find out what happened to his parents, and discovers that the truth is much more complex than it seems. Click around to gather clues, talk to people, and solve puzzles, and maybe even eventually master the elements. 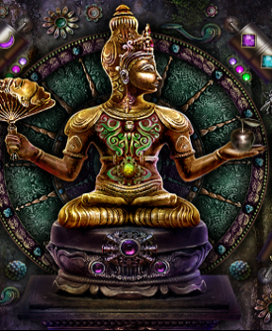 Analysis: Phenonenon: Meteorite looks exactly the way you'd want a hidden-object game to look. The environments are perfectly detailed, landscapes lush and colourful, and the atmosphere so mild and inviting that you wish you could stroll around the island, instead of letting Daniel have that pleasure for himself. There is an admirably large number or scenes, and you will have to hop from one to another a great deal, but this never feels like a chore. The story might be a tad confusing at the beginning, as there is a lot of information to take in, and you only get snippets of the island's history and the significance of the meteorites... towards the end, it falls into place, and the bonus level hints at a sequel (hooray!). It's easy to root for the protagonist because he's so dreamy and has that lovely hair and... Ahem, I mean, it's easy to root for Daniel because you can identify with him. His reactions to the plot often express what you might be thinking, and at times you can almost see him raise his eyebrow quizzically before a particularly obscure puzzle.

The mechanics of the game are standard for the genre, with a few refreshing changes. The hidden-object scenes offer a word association mini-game that helps you discover hard-to-find items, a welcome change from the simple click on the Hint button. Each room contains a clock, which serves as a Time Portal, allowing you to travel back in time and see the room the way it used to look, so you get two scenes for the price of one. There is no penalty for random clicking, but only a scoundrel would take advantage of that, right? Right? The puzzles are imaginative without being too difficult and are carefully incorporated into the plot. And if you haven't had enough puzzles after finishing the story, you can play a heap of hidden-object and word games that comes with the collector's edition.

Phenomenon: Meteorite is just the kind of relaxing, satisfying pastime one likes to indulge in on a lazy Sunday afternoon. Without a trace of darkness or heaviness, it gives you a chance to plunge into a bright and exciting fantasy world. It will keep you there for about five hours, including the bonus level, unless you spend an unusually long time gazing lovingly at Daniel during the cutscenes. If escapism is what you're after, do try the demo and prepare to get hooked. Just don't finish the game too quickly, because the sequel isn't coming very soon... Sigh.

Phenomenon: Meteorite is available in a Collector's Edition, which includes a bonus level, two kinds of mini-games, concept art, wallpapers and a strategy guide. Remember that Big Fish Game Club Members pay only $13.99 for Collector's Editions (or 2 club credits), and collector's editions count 3 card punches of 6 total needed for a free game.

A mixed experience. A good 'hint' mechanism for the hidden object scenes, a couple of enjoyable minigames, and the overall plot makes some kind of sense. But playing it was a trifle soulless: seemed a bit too confusing and too much like hard work. Rather than knowing "I want to get to see the tower close-up" and feeling triumph when you get there you spend your time looking through your inventory trying to figure out how anything could be used, with no moment of triumph until the very end. Mind you, I'm comparing this game with the best of the genre: the 'Snark Busters' series.

With so many locations accessible at the same time you can quickly forget what you were working on, though the 'active sites' indications on the map is very useful there. I suspect one bug (which made me have to skip a 'light the lamps in series' minigame in the 'bonus' level). Apart from that the technology was faultless, with high standards of programming and artistry.

I usually like games where you can tackle a few objectives in any order but for some reason it doesn't work with me here. Which is a pity given the faultless execution.