Lily is a little girl who loves to dream, and one night her dreams take a turn for the surreal when she finds herself in a strange, magical word that seems to have a lot in common with some of her favourite books. There, she meets Faith and Curly, an unusual dog and cat pair, who work for the Fairy Godmother defeating the creatures known as the Phobius who invade dreams and turn them into nightmares. Faith and Curly are pulled off duty to watch over Lily until she awakens, but neither of them wants to sit still while there's adventure to be had. Sweet Lily Dreams by Rose Portal Games serves up a surreal indie RPG adventure with a hefty amount of playing time and some gorgeous, bizarre environments that blend fairytales with unique storytelling, though some may find it a little too childish in places to stay invested in. 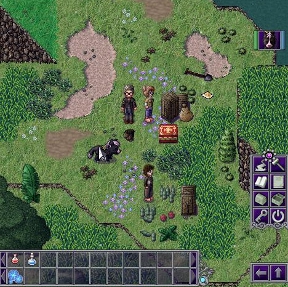 Sweet Lily Dreams is by default played with the [arrow] keys for movement and [enter] to interact, but the in-game options will let you customise them to literally whatever you want, or you can just play solely with the mouse. While combat plays out in typical turn-based RPG fashion, complete with leveling up at the end, the game has a few other tricks up its sleeve. One of the most important things you'll be doing is crafting, which is how you'll get most of your equipment and learn spells, and is achieved by making items from various ingredients you can find from defeating enemies or just scattered around the world. You can still buy some items the old fashioned way, of course, but Memory Orbs are the currency here rather than gold. Early in the game, you'll also get a house that you can decorate with the furniture you find, and it's not just for giggles, since different furniture assortments and types can infer party bonuses and elemental defenses. Furniture can not only be bought using the gold point tokens you discover, but crafted too. Keep an eye out for characters with green exclamation points above their heads, indicating side quests for you to pick up! 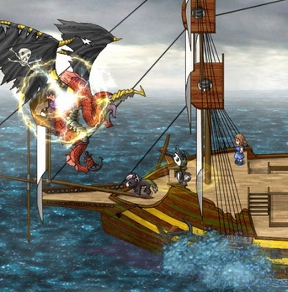 Analysis: Sweet Lily Dreams has a lot going on, gameplay-wise, and I want you to imagine me saying "a lot" with the most meaningful emphasis and look possible. It's got crafting, achievements, house building, mini-games, side quests... being ambitious isn't a bad thing, and it certainly goes a long way towards helping alleviate the traditional RPG fatigue you might otherwise get from a more simplistic game. Each of these elements, however, feels like they could have used more refinement in their implementation. Crafting, for instance, can be a bit of a pain since items are just presented in one long scroll instead of a sortable list, and really just means you're grinding for ingredients rather than gold anyway. Similarly, some of the unskippable minigames feel awkward or clunky to handle, such as the way one requires you to rotate and line up concentric rings to form an image that requires some serious fiddling to get perfect lines before the game will accept it. None of this means Sweet Lily Dreams shouldn't have tried to implement them at all, or that the experience isn't more complex for it, just that they all have rough enough edges that mean they don't fit into it all as smoothly as they could. 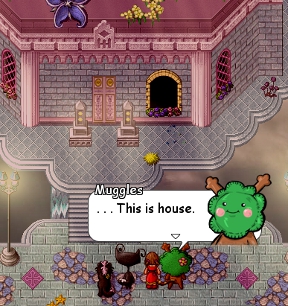 One place you'll never accuse Sweet Lily Dreams of falling short in is its stellar presentation, with virtually everything about it handcrafted, from the visuals to the sweeping soundtrack. Every area is packed with detail (so much so that in smaller spaces navigating can sometimes be a little difficult), and character portraits change to express their feelings and match the story. Lily's dialogue often feels a little uneven, sometimes making her sound around four or five, and others much older, but by and large once it gets rolling, the story is definitely engaging. Not only will you recognize some familiar faces, you also get Muggles, who is the literal best... uh... felt... bush... lion... thing you could ever hope to have as a party member. Trying the demo is definitely recommended, since some may find the more childish or goofy plot elements a little much in contrast to when the game tries to get serious, but others will appreciate the light storytelling and fairytale atmosphere regardless. Sweet Lily Dreams isn't for everyone, but for those with whom it strikes a chord, it's a fun, pleasantly strange indie RPG that does a lot with the RPG Maker software and offers up a ton of content with its own unique style and flair.

I have to PAY for this? Do I look like a person that has money?

It's nice that a demo was included though. Based on the looks alone I'd shell out the $10 for the game although I've been known to jump into some... regrettable financial decisions.

I'll be sure to check out the demo before making a commitment.