Hungry for a good, meaty adventure game? We've got three excellent titles that will draw you in with a deep story, keep you hooked with delicious artwork, and perplex you at every turn with some seriously challenging puzzles. They may not be as casual as some might prefer, but they more than make up for it with a heavy-hitting presentation and well-designed gameplay. 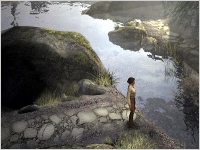 Syberia (Windows, Mac, 228MB) - Conceived and designed by Belgian comic artist Benoît Sokal, Syberia is a classically-styled graphical adventure game that has won a number of awards over the years. You take control of Kate Walker, an American lawyer sent to a remote French village to finalize a take-over of a toy factory. She quickly learns that the previous owner has passed away and her brother must be contacted in order to proceed. The story pulls you across Central and Eastern Europe and wraps itself around subplots as you go, weaving a delicate and intricate web you must untangle on your own. Both art nouveau and steampunk elements make cameo appearances in this game, creating a truly striking setting that's practically unmatched in the gaming world. Also available in a Mac version. 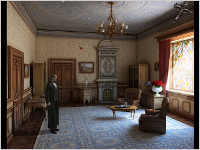 Dracula: Origin (Windows, 1.72G, no demo) - As the name implies, this adventure is all about the famed vampire as told through Bram Stoker's works. Dracula has learned of a manuscript that has the ability to raise souls from the beyond. Take the role of Professor Van Helsing, whose singular purpose is to destroy Dracula, and keep the valuable manuscript out of the fiend's hands. The visuals are a stunning mix of 2D scenery with 3D characters, and the soundtrack fits the game like a glove. And what vampire game would be complete without the traditional array of blood, crucifixes, stakes, and garlic? 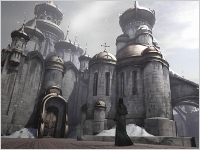 Syberia II (Windows, 1.16G, no demo) - Picking up where the original Syberia left off, the sequel also continues the series' stunning art style and challenging steampunkesque puzzles. Kate Walker abandons her stressful life in New York to accompany an inventor traveling to the remote land of Syberia where, rumor has it, prehistoric mammoths still survive. Journey across the frozen wilderness, passing through remote villages and hazardous passageways until you finally reach Syberia. (Free 1-hour time-limited demo available.)

Siberia has a wonderful storyline and, as adventure games go, is pretty casual (the puzzles are not all that hard). I enjoyed it immensely and heartily recommend the (cheap!) download.

Another recommendation for Syberia here. The games are both excellent and if you get stuck, there is help available online. I haven't played Dracula yet but I probably will in the future =)

I second the recommendation for Syberia I & II - they're definitely in my top ten favorite games/series. I love games with atmosphere, and these are dripping in it. And the ending is perhaps the most moving of any game I've played.

This post is probably going to draw ire from Syberia fans, but I've played both games all the way thru already, and I find them... wanting, both thematically and from an internal-consistency basis. It's years since I played them, so I don't recall everything about why they bugged me so much, but here's a few:

1) The characters (especially Momo) are one-dimensional.
2) Some really annoying pixel-hunting (the "telescoping key" is a prime example)
3) Wait, hold on, this idiot-savant tricked the USSR into using state funds for a MASSIVE railway system for him, and they just abandoned it? Without imprisoning/executing him for it?
4) So, primitives built a massive ship (and a massive underground cavern with elaborate engineering, to boot) and had a tradition of hunting mammoths, then just GIVE the ship to two strangers?

"I've played both games all the way thru already, and I find them... wanting, both thematically"

Those sound more like criticisms of the 2nd title than the 1st, honestly. The first one is thematically very poignant imo.

Kate being pulled away from the world of her job, NY etc. parallels the player's own departure from "real" life by immersing themselves in a game/realm of imagination etc.

I have to agree with Forsythe. I also have played both Syberia I and II and- while they are indeed very pretty games- the plot is severely lacking. It's a completely anticlimatic game.

I was suckered into Dracula: Origin by the artwork, but i have to give it an overall negative review. It does have plenty of puzzles, although for the most part they are not anything I haven't seen before in a different presentation. It gave me the strong impression that the entire storyline and dialogue was written by a clever, thesaurus-happy 8th grader. The language really was awful. At times its not even clear what is happening, story-line-wise. It was just muddled, cliche, frustrating, and unsatisfying. A good first try at a game, not anything to get excited about just because the graphics are impressive.

Hmmm. I'm presuming that since this is being marketed via Big Fish, the two Syberia games are lacking the rather nasty copy-protection method the original versions used?

[Edit: I would say that's a safe assumption. -Jay]

So having a believable story is important to the enjoyment of a game? Really!
Then why play games at all, because from what I see of most games, none of them have good believable storylines.
I played both the Syberia games just before Christmas and I loved the whimsical feeling in them and the puzzles where very interesting even if they weren't too taxing.

But I did find one thing that iritated me a lot right through the game, and that was the exagerated over acting of the characters especially Kate's.

I played Syberia 1 & 2 ages & ages ago (on a Windows machine of course) and I loved it. It's amazingly beautiful and creative, and I thought believable. Highly recommended!!

I'd like to know, though- does anyone know if this works on a Mac using Crossover? Crossover's site doesn't say. Thanks-

Can anyone tell me if Sybria I & II works on Vista Home Premium?

The Syberias work on vista; keep in mind that the game was split in two during development, so part 1 tails off suddenly to set up the transition. And, yes, the real Soviets have indeed abandoned railways, as well as whole cities, sub bases, etc.

Here's an update on the Syberia demo downloads.

I've only used FS a couple of times, but it's never set off any virus- or adware-alarms so far.