If you love the brutal thrill of Multiplayer Online Battle Arenas (MOBAs) but wished you had one full of fey-like anthropomorphic animal creatures pounding the snot out of each other, Hammer and Chisel's free iPad-only Fates Forever might be up your queerly specific alley. Play solo offline in practice matches or online with others against bots or another player team. Gameplay is a mix of defense and action as your team tries to destroy the other's Gyro before they do the same to yours. Together with other players, you'll need to fight your way to the other side of a map, past enemy towers and "Tributes" (computer-controlled NPCs), while hoping your own forces are enough to keep your foes at bay. There are always several critters characters to play as available for free, ensuring you always have characters to duke it out with. If you want to make sure you always have access to someone in particular, you'll need to spend Ore... or, alternately, Jade, which can only be purchased through in-app purchases. Don't worry, every character has their own strengths and abilities that balance them against one another, so the game isn't "pay to win"... for now. 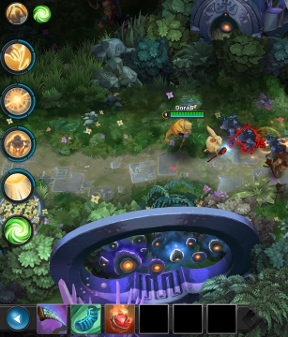 Before you can actually play against or with other players, the game forces you to play through a series of tutorial levels that teach you basic controls and gameplay. Both of which, as it happens, come down to tappin'. Tap to move somewhere, tap on enemies to attack, and tap on your icons to use your special abilities, most of which are either simply aimed or gesture based. You can be randomly matched up with a group of players, or set up parties outside of matches with specific people, ensuring you'll never be without someone to play alongside or against. Every match starts all players at level one, but as you slay enemies, you'll level up and be able to put points into unlocking or powering up your abilities for the remainder of the match. Gold is generated slowly (or if you land the finishing blow on an enemy) and can be spent at the shop back at your base, or while waiting to respawn, on everything from new equipment to potions to use for the rest of the match. Don't worry about hoarding cash, however, since each map starts you fresh. Completing battles and daily "quest" achievements earns you Ore, which can currently only be spent on unlocking new characters to play as. With the variety of characters available to play as, chances are you'll find one that fits your playing style, though all of them feel unique and fun to experiment with. 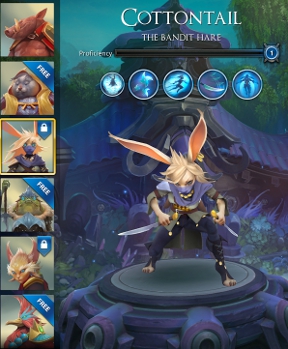 With its simplified control schemes and Fates Forever feels like it might be aimed more to the casual player or newcomer than the hardcore "lolz ur mom" MOBA veterans. It's easy to get the hang of things, making it a great entry-level title in the genre, and playing against other people is infinitely more fun (and challenging) than the bots. Still, there are a few things about Fates Forever that make me put on my concerned face. While it's understandable that a game designed for tablet play would have a lot to fit on a small screen, tapping the tiny ability icons and even targeting specific creatures feels clunky and awkward. There's also the issue of repetition, which can set in without a tremendous amount to differentiate maps, or any other mode of play than "blast the flag to smithereens". Perhaps the most potentially concerning thing for those of us who worry about games crossing from "free to play" over to "free to win", however, with the developers hinting that they plan to have more things available for purchase in the future. As of this writing, however, despite its UI issues, Fates Forever is still an absolutely gorgeous casual MOBA that's worth checking out whether you want to play for a few minutes... or a few hours. Its team is clearly incredibly talented and actively listening to its community, and Fates Forever has the potential to be a huge hit for years to come if it can stay on course.

Man, this looks great...I wanted to play it sooooo badly! Need to put iPad on my Christmas wish list!